About Ivy on Glenelg

Ivy on Glenelg is centrally located between Launceston (45 minutes), Hobart (1.5 hours) and Devonport (1.5 hours) – Only 1 hour to the beautiful East Coast. A choice of three separate, fully appointed accommodation facilities, with free Wi-Fi, and their own entrance, separate to the main entry to the house but under the same roof. There is also one in-house room. 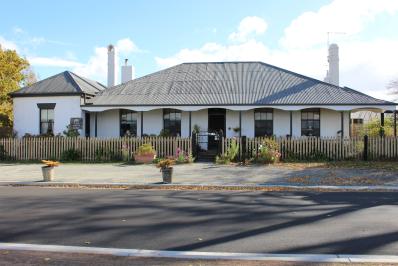 Ivy Cottage is believed to have been constructed around 1838, by James Hamilton who was a storekeeper and wine merchant in Campbell Town and was originally called “Dry Cottage”. It was purchased by Dr Adam Turnbull in 1871 for 325 pounds and remained in the Turnbull family until the late 1940’s.

Dr Turnbull was born at “Bacclough Place” in Edinburgh in 1803. He obtained his medical degree and then married Margaret, who was the daughter of the Post Master General of Scotland, on October 12th 1824. They travelled to “Van Diemans Land” on the City of Edinburgh arriving in Hobart Town on April 13th, 1825.

He was soon chosen to be the private secretary to Governor Arthur and he acted in a similar capacity to Governor Sir John Franklin, with whom he enjoyed a warm lifelong relationship. Dr Turnbull performed great service to Tasmania. His work was meticulous and for many years despatches to the Imperial Government were written by him. He had, however, outspoken views on the transportation of convicts to “Van Diemans Land” and it was those views which led to his dismissal from Government and the loss of his pension after 20 years service.

He had for many years been a lay preacher and there was a vacancy in Campbell Town. He and Margaret moved to Campbell Town and he was ordained to the Presbyterian ministry on July 5th, 1854. Through his efforts, St Andrews Church was built. He preached at St Andrews until 1874, when ill-health caused his retirement.

Dr Adam is best remembered for his belief in free speech, human dignity and love of his fellow man. He is somebody whom Tasmania and Campbell Town may look back on with pride. An anonymous poem best describes his views on the way forward for Van Diemen’s land

He stood tall within his circle, but his mind it knew no peace
If this island were to prosper, transportation had to cease
He received his ultimatum, but on this he would not budge
He returned to those who knew him, and let posterity be his judge.

Dr Turnbull died at "Ivy Cottage" on 17th June, 1891 and Margaret 3 months later. They were both buried in Campbell Town. 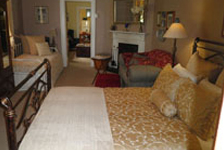 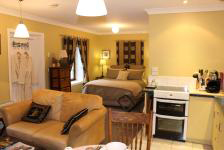 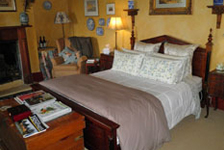